The Tales of Exploring HMS Terror

The story of an Arctic Exploration turned ship wreck(s)

HMS Terror began its career as a ship of war, getting involved in the war of 1812 against the United States. HMS Erebus was built slightly later in 1826 by the Royal Navy.

The ships had a total of 7,088 pounds of tobacco on board to be chewed or smoked in pipes. As well as 2,700 pounds of candles to provide much needed light over the winter months. Interestingly the ships also set off with multiple farm animals to be eaten in the early stages (I know what you’re thinking… biggg ships!).

However, unknown to him, Franklin’s final journey to the Arctic would end in tragedy.

‘Both ships were lost, and all 129 men on board perished. It is the worst disaster in the history of British polar exploration!’

What was their mission? 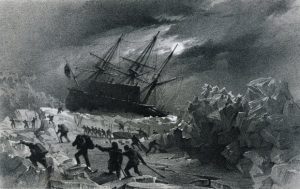 The main aim of the mission was a voyage of scientific and geographical exploration through the North-West Passage. An area which had not been explored before.

‘Making magnetic and meteorological observations would have been a key part of the expedition’s scientific remit, but the men had to do so carefully. Placing cold metal instruments up to the eye could cause the skin to be damaged or even removed, and the men had to hold their breath to stop condensation forming on the glass parts.

Pulling sledges could be difficult, too, if the men were exploring beyond the ship’.

Temperatures outside could drop as low as -48°C overnight, -35°C by day. If they sweat; when they stopped the sweat turned to ice in their underwear. There were a list of other serious problems which could occur, starting with the obvious of frostbite if your extremities get too cold; gangrene may set in; hypothermia; to signs of scurvy.

What happened in this disaster?

The two vessels sailed south down Peel Sound after a winter near Beechy Island. They soon became ice-bound in the Victoria Strait in the Arctic territory of Nunavut. In the spring of 1847 a party travelled across the ice to deposit a written record of their progress at Point Victory.

From this record it’s discovered that in April 1848 the ships were still trapped in the ice and drifting south. Captain Crozier (now leading the expedition after Franklin’s death) ordered the abandonment and the 105 surviving men headed south for the Great Fish River.

2 years passed without any communication from Franklin’s crew. 39 expeditions were launched to find HMS Terror and Erebus in the Arctic, it was not until the 1850’s that any evidence began to emerge. These relics are held in the National Maritime Museum.

The exact circumstances of the 129 deaths are a mystery. However, legend has it that sailors on board the HMS Erebus and HMS Terror resorted to cannibalism!

The BBC have even based a show on this disaster. Although fictionalised it holds many similarities. Watch the trailer here.

Exploration of the shipwrecks: 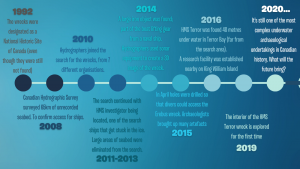 Watch now: ‘HMS Terror, the long-lost ship of British polar explorer Sir John Franklin, has been found in pristine condition at the bottom of an Arctic bay, researchers have said. The discovery challenges the accepted history behind one of polar exploration’s deepest mysteries. As researchers and crew from the research vessel Martin Bergmann explain their find, Inuit crew member Sammy Kogvik tells of seeing a mast in Terror Bay years ago. His story was the reason the Bergmann was searching that area’.

Why are we posting this?

This story was used for inspiration for our next educational geospatial poster, named the ‘Arctic Exploration Poster’.

Hopefully this story makes readers realise how different areas of surveying can be applied to many locations, in the present and through history. 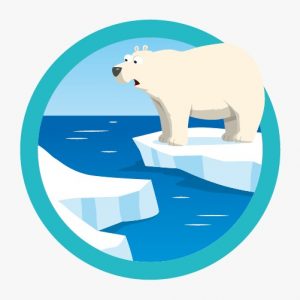 By getting involved with our Arctic Exploration Poster you will bring your company to life with its very own mascot, don’t be just a name, be a face, work with our design team and create your very own character! All whilst being the link to boosting the industries lack of surveyors by being seen as supporting its future. So many positives.